A solid understanding of the various theories of motivation is essential for success on your AP Psychology exam. Drive theory is not, at present, a particularly well-regarded theory but it was deeply influential in the field of psychology throughout the 20th century. On your exam, you will be required to demonstrate an understanding of the basic … END_OF_DOCUMENT_TOKEN_TO_BE_REPLACED 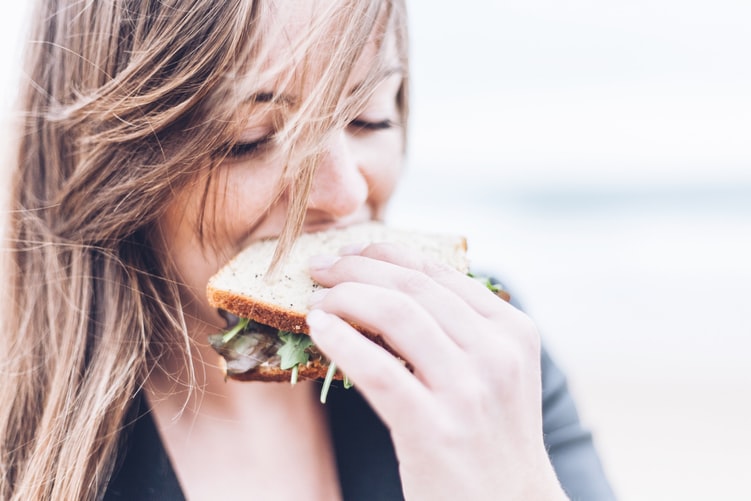 A solid understanding of the various theories of motivation is essential for success on your AP Psychology exam. Drive theory is not, at present, a particularly well-regarded theory but it was deeply influential in the field of psychology throughout the 20th century. On your exam, you will be required to demonstrate an understanding of the basic tenants of drive theory which we have elucidated below.

As you have likely learned over the course of your studies, drive-based theories of motivation stipulate that each motivation is the product of a tension an organism experiences when one of the needs of an organism is left unmet. Drive-based theories of motivation are most helpful in understanding the role of physiological needs in motivated organisms but they can also be used to understand more complex human motivations that are not strictly physiological. Regardless of its efficacy, drive-reduction theories were highly influential in their time, and particularly based its propagators’ enthusiasm for scientific rigor.

What Is the Drive Theory?

Drive theory, or drive reduction theory, is a theory of motivation which suggests that all human behavior, and the behavior of all organisms, is a product of biological need and the state of tension or drive created by an unmet need. According to drive theory, we all exist in a state of relative homeostasis and all behavior preserves, or attempts to preserve, a state of equilibrium.

The American psychologist Clark Hull developed drive theory in the middle of the 20th century in an attempt to create an all-encompassing theory to account for behavior in humans and animals. Hull postulated that whenever an organism fails to have its needs met, it experiences a state of tension that produces a corresponding drive. The simplest example is a physiological need like thirst: when an organism hasn’t had its need for water met, it experiences a state of tension we call thirst and the organism then behaves in a such a manner that satisfies that thirst. While developing his theory, Hull attempted to find a mathematical equation that would account for all behavioral learning in humans. His end result is an overly complicated equation which is not relevant to your exam. Simply recall that the resultant equation was widely criticized for failing to account for all behavior while still leaving a lasting impression on the field in that it reflected the emphasis Hull placed on rigorous experimentation and scientific methodology.

How Does the Drive Theory Differ From the Other Theories of Motivation?

Drive-reduction theory is most widely criticized or disregarded by contemporary psychologists because it fails to adequately account for behaviors that are outside the purview of strictly physiological needs like thirst or hunger and behaviors that involve complex external factors. Because of these limitations, drive-reduction theory served as the impetus for many other theories of motivation that provided more viable alternatives. One of the most famous theories that emerged as a response to Hull’s drive reduction theory was Maslow’s Hierarchy of Needs.

Arousal Theory states that an organism will always seek to find a balanced state of arousal. For instance, if an individual were feeling under-stimulated, he or she would go to the movies or seek the company of a friend whereas an individual feeling overstimulated would seek serenity in a less engaging activity like meditation. As you may have noticed, this is very similar to drive-reduction theory as both theories see individuals as the curators or their own inner equilibrium, a task each individual must accomplish with behavior that fills a present need.

Incentive theory is difficult to reconcile with drive-reduction theory because the incentive theory involves indirect, external rewards or drives such as money or status. Money is essential to satisfying a basic physiological desire like hunger but earning money does not have an immediate impact on hunger and money itself cannot be eaten. Status is even more difficult assess in light of drive-reduction as individuals are motivated by their own perception of the value of a reward, not a simple tension based physiological need.

Humanistic theories of motivation both confirm the value of drive-reduction theory and clearly explains its limitations. The most famous example of a humanistic theory of motivation is Maslow’s Hierarchy of Needs. Maslow’s work theorizes that the motivations of any individual change depending on where the individual finds themselves on the hierarchy.

On Maslow’s Hierarchy, the lowest level of needs are purely physiological: sleep, shelter, food, and water. This is completely in line with Hull’s drive theory of motivation; however, according to Maslow once you have satisfied your need for basic physiological comforts you move to a set of needs based on safety, love and friendship, self-esteem, and, finally, self-actualization. At each of these stages, the motivations of the individual in question become more complicated and more difficult to reconcile with drive reduction.

Examples of the Drive Theory?

One of the most famous examples of drive theory comes from an experiment conducted by Clark Hull while he worked at Yale University. Hull put two groups of lab rats in identical mazes with food at the conclusion of each maze. One group of rats was fed in this manner every three hours while the other group was fed every twenty-two hours. Hull’s hypothesis was that the under-fed rats would develop a stronger sense of how to get through the maze based on a greater tension or drive born of their unmet physiological needs.

In this example, the “drive” is the hunger experienced by the rats who are only fed once a day and the commensurate behavior is the successful navigation of the maze. The results of this experiment were inconclusive, but it still serves as an excellent guide to establishing the theoretical framework of drive-reduction theory.

Naturally, motivations or drives become substantially more complex when the subjects of observation are human. This fact is seen clearly in the observations of the social psychologist Norman Triplett. Triplett observed competitive cyclists at the University of Indiana and he found cyclists increased their speed dramatically when they trained with their peers as opposed to training alone. Triplett later quantified these results by assessing individual time trials compared to athletes times in races where other athletes competed simultaneously.

In this example, the drive is the pressure the athletes feel to compete with their peers and feel as if they are competent competitors in their chosen sport and the behavior is faster cycling. Hull would maintain that the need to belong and feel competent in reference to one’s peers in ultimately physiological although the field of psychology as a whole has since come to prefer an assessment of motivation in a context like this through the lens of Maslow’s Hierarchy instead of Hull’s drive reduction.

The most important things to internalize about drive theory during exam preparation are as follows. Drive reduction was developed by Clark Hull in the 1940s and 50s. Hull postulated that all behavior of any variety had its foundation in an unmet physiological need which created a state of tension which in turn motivated the organism to act and meet the need. Hull attempted to codify this theory in a mathematical equation but that effort was seen as overly convoluted and insufficiently expository. Drive-based theories have been largely disregarded by contemporary psychologists although the impact Hull and his adherents
had on the field is still regarded as valuable based on reverence for scientific rigor.